What are anorexia and bulimia?

Anorexia and bulimia are both eating disorders. People who have anorexia or bulimia have a distorted body image. This means they don’t see their bodies as they really are. They generally see themselves as overweight or unattractive, no matter how skinny or attractive they really are. Anorexia and bulimia are also characterized by an obsessive fear of weight gain. They are both psychological conditions wherein people use food to address their emotional pain. They are characterized by physical symptoms.

People who are anorexic eat very little and essentially starve themselves. They may also exercise excessively in order to keep weight off, or use diet pills or laxatives for the same reason. Anorexics maintain a body weight that is at least 15% less than their healthy body weight range. In addition to losing too much weight to be healthy, anorexia is also very harmful in other ways. Anorexics may experience heart failure, stunted growth, thinning hair, problems with their immune system, changes in brain structure and even death.

People who are bulimic eat a large amount of food and thereafter intentionally vomit it all up. This pattern of excessive, uncontrolled overeating followed by purging is called binge eating. Bulimics may also purge their body of the food by using laxatives, medications, or by exercising excessively. For bulimics, binge eating is often a response to stress, depression or self-esteem issues. Unlike anorexics, bulimics are often within a normal weight range and appear to be physically healthy. They often, however, experience an irregular heartbeat, heartburn, constipation, weakness, exhaustion and heart attacks. They also often have cavities, erosion of tooth enamel, a sore throat, abdominal pain, ulcers, rupturing of the stomach and increased risk of suicidal behaviours. Like anorexia, bulimia is a serious life threatening disorder.

Can a virgin get an STD?

Yes, a virgin can get an STD. Sexually transmitted infections, or STDs, can be transferred through sexual intercourse as the name suggests, or through sexual touching. Anytime you have skin-to-skin contact with an infected partner, you are at risk of getting an STD. Diseases such as HPV (also known as Human Papilloma Virus or genital warts), chlamydia and genital herpes, among other diseases can all be spread without having sex. So, for example, if a boy has warts on his hand and masturbates his partner, he can spread the infection. Or, if a girl has a cold sore and performs oral sex on her partner, she can spread the herpes infection to her partner’s genital area. Keep in mind that a person with an STD may not know he has one because STDs can lie latent in the body for up to a year before showing any symptoms.

What can I do if I just had unprotected sex?

First, you are smart to recognize that you need to take action to protect yourself as much as you can even after the fact. By having unprotected sex you have exposed yourself to the danger of STDs and unwanted pregnancy. You have to know that washing, rinsing or douching will not help prevent pregnancy and STDs. Since you stand a chance of getting pregnant after an unprotected sex, you may want to consider Emergency Contraception, otherwise known as ‘morning-after pill’, which is capable of preventing pregnancy within 72 hours of unprotected sex, but works best within 24 hours. You can take a pregnancy test if you can’t go with the pill.

Next, try to find out if you and your partner have transmitted an STD to one another. Try to go to the hospital right away for a test; anything short of this might make matters worse. Try to discuss your status with your partner so you both can make a joint decision to always use protection.

Do all girls bleed the first time they have sex?

Some girls bleed and some don’t. Bleeding does not have anything to do with virginity. It only occurs when the hymen is broken. If a girl hymen has previously been broken, she won’t bleed the first time she has sex. A girl hymen can be broken by rough exercise, tampon use or something else. When this happens, she cannot bleed during her first sex. But if her hymen is still intact, a girl can expect anywhere from a few drops to a light flow of blood when her hymen is broken.

How can I lose weight?

The good news is you can actually lose weight without spending lots of money. The answer is very straightforward. Take in fewer calories than you burn up, in other words eat less and exercise more. It sounds overly simple, but this is the healthiest and most sustainable way to lose weight and keep it off.

Reduce your portions, choose healthier foods, and choose exercise routines that burn calories. Some exercises or levels of exercise build muscle instead of burning calories. So, talk to your doctor about which exercises are best for you. Your doctor can also help you determine what a healthy weight for you is, what portion sizes are best for you, how much you can realistically expect to lose and in what amount of time. Slow and steady wins the race in this case. Good luck.

What does ‘’sexual orientation” mean?

Whether a person chooses his sexual orientation, or if it is predetermined at birth, is not completely agreed upon. According to the American Academy of Paediatrics, ‘’Sexual orientation probably is not determined by any one factor but by a combination of genetic, hormonal and environmental influences”.

Why do my parents always tell me to wait before having sex?

The decision to have sex is a huge and irreversible one. One you lose your virginity, you can never regain it. Anytime a boy or girl is considering such an enormous decision, it is natural for a parent to suggest waiting. Think of it this way, if you wait, you can always do it later, but if you have sex now, there is no going back.

Your parents want you to be sure that you are making the best decision in the long run, not the best decision for you today. If you are thinking of having sex now, there’s a strong sexual urge that is influencing you. Your parents are trying to help you to think not of the immediate sexual urge, but about the long-term consequences as well. They want you to take your time to consider the consequences of getting pregnant and the decisions you’d have to face, and also the consequences of getting an STD and the decisions you’d have to face.

Many boys and girls allow their sexual urges to influence their decision-making processes. Remember that your parents are there to help you take a decision, which will be the best for you in the long run.

Can a girl get pregnant if a boy ejaculates next to her in a pool?

No. A girl cannot get pregnant if a boy ejaculates next to her in a pool, even if it is very near her. Being close to semen is not enough to get a girl pregnant. The semen would have to come in direct contact with her vulva, for there to be a risk of pregnancy. 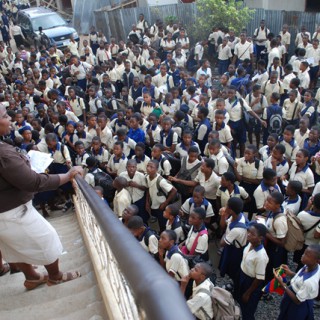