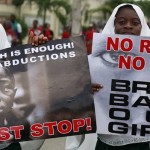 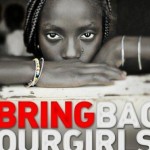 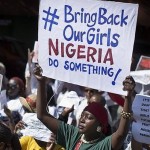 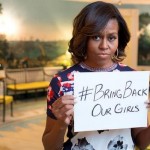 When over 200 girls attending Government Secondary School Chibok were abducted from their hostel in the middle of the night by Boko Haram gunmen on April 15, it put the spotlight on the endemic subjugation of girls and young women in Nigeria.

It has taken the eruption of Nigerians’ anger and similar outrage from people around the world in the form of protest marches and the #BringBackOurGirls social media campaign about the Nigerian government’s indifference and shoddy rescue efforts, for the government to finally acknowledge its need for international assistance to find the girls.

The recent declaration by Boko Haram’s leader that the girls should not be in school but should be married is appalling, and his flagrant boasting to sell them at slave markets is even more outrageous.  It reeks of the most extreme forms of oppression – an attack on the girls’ individual freedom and liberty, unabashed abuse of their sexual and reproductive health and rights, a usurpation of their right to education.

Need we justify to anyone, the importance of girls’ education and ensuring their sexual and reproductive wellbeing, when all evidence clearly shows that this is the only way to go?  For the record:

“An educated woman has the skills, information and self-confidence that she needs to be a better parent, worker and citizen”.-UNICEF

“Removing barriers such as early marriage, gender-based violence, domestic slavery and sex trafficking means not only a better life for girls, but a safer, healthier and more prosperous world for all”. – Girl Rising

“Girls and young women must be allowed to go to school without fear of violence and unjust treatment so that they can play their rightful role as equal citizens of the world. They have the right to live free from intimidation, persecution and all other forms of discrimination” – UN Women

Action Health Incorporated commends the global efforts to create greater awareness about the plight of the girls of Chibok and to put pressure on our government to address this injustice. We must keep up the outcry until we secure the girls’ release and safe return to their families. Now is the time, to ensure we put adequate sexual health trauma management systems in place for the girls, as the world works to bring them back home. We cannot afford to buckle under the tyranny of those who are bent on scuttling the advancement of girls’ education and attainment of their sexual and reproductive health and rights.