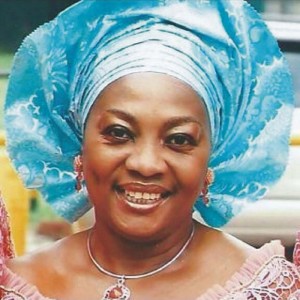 She could have yielded to the pressure to discharge the patient after she saw the symptoms, but Dr. Stella Adadevoh decided to stand her ground and do her job; saving a nation from untold danger and losing her life in the process.

Dr. Adadevoh was an endocrinologist from an illustrious family of physicians, politicians, statesmen and clerics. Her father, the late Dr. Babatunde Kwaku Adadevoh, was a renowned physician and former vice-chancellor of the University of Lagos, while her grandmother was the daughter of Sir Herbert Samuel Macaulay.

As the Head of Operations of First Consultants Hospital, the 58 years old doctor led the medical team that treated Mr. Patrick Sawyer when he was rushed to the hospital. When she noticed he was not responding to treatment for malaria earlier suspected, she went further to run other tests which detected that Sawyer was infected with the Ebola Virus Disease.

She immediately took all necessary containment measures including isolating the patient, refusing him to be let out of the hospital, commenced barrier nursing and simultaneously contacted the Lagos State Ministry of Health and the Federal Ministry of Health. This response was instrumental in saving Nigeria from an outbreak of EVD.

Dr. Stella Adadevoh paid the supreme sacrifice by her patriotism and outstanding professionalism. She remains our national icon and will be remembered for good in the annals of the history of Nigeria.

There are a few things to protect yourself and your family.