Every Girl Is A Shero 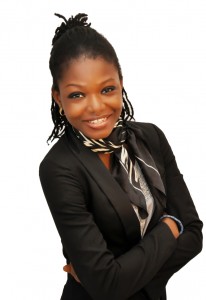 A jegunle, a densely populated and under-resourced neighbourhood within the city of Lagos, is home to about 300,000 Ilaje and Yoruba speaking people of South-Western Nigeria, many of whom are engaged in low-income employment and trades. This community has a primary health care centre that is not functional, as well as primary and secondary schools that were closed down because of flooding. The students were moved to another school compound, which is about 10 minutes away from the community by bus ride and about 30 minutes away by foot.

While on a visit to this community for the first time in September 2012, I noticed that many teenagers (girls, and boys) were not in school. I also learnt that the rate of teenage pregnancy, school dropout and illiteracy amongst girls was very high. Without a second thought, I knew I had to contribute to change within the community; no matter how big or small.

I launched a project called “Empowering Women of the Future – a flagship of Asha Initiative” with 20 teenage girls from this community. Together, we identified the reasons for the very high rate of teenage pregnancy, school dropout and illiteracy amongst the teenage girls of this community.

Specifically, some of the major problems we identified were:

There is a dearth of adequate facilities combined with a poor learning environment. In particular, the students have to share one school compound with another school, and as a result the classrooms are always overcrowded. Consequently, concentration in class becomes increasingly difficult for the students.

Most of these girls are from very poor homes, with parents and guardians who are barely able to feed them. The burden of catering for the needs of their family quickly fall on them as soon as they reach puberty – they start hawking or become sex workers, in order to fulfil this responsibility. Taking care of their family from such a young age doesn’t tend to go well with their education, they soon realize they have to forfeit one for the other. Unfortunately, their education always seems like a fair trade.

Many girls who live in the slums have no positive role model to look up to. To the best of their knowledge, no girl from their community has graduated from university so there is really no one to motivate them to pursue their education.

Some of the young girls revealed that their mothers often discourage them about taking education too seriously by telling them, “No man wants to marry a woman who is too educated or intelligent.” 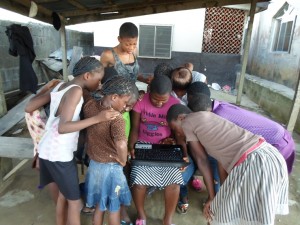 Along with other intervention methods, the project introduced the “Meet a Shero” segment. Using technology and computer softwares like skype and google hangouts, we introduced participants to Sheros the world over who have gotten education at all cost and are influencing their communities positively.

Since this project began, we have successfully secured scholarships for: six Sheros through Junior and Senior secondary school and three Sheros through any federal university of their choice. In addition, we have linked over seven of our Sheros with caterers, actresses, and hairdressers who agreed to take them on as interns.

In the 15 months since I began working with this community, I have seen these young girls transform into confident, resilient and determined young women. They have truly become Sheros; champions of change and advocates for the education of the girl-child within their community.

A Bride for Pain

What is Your Opinion? How do you react when you are angry?

Can I Decide My Future?